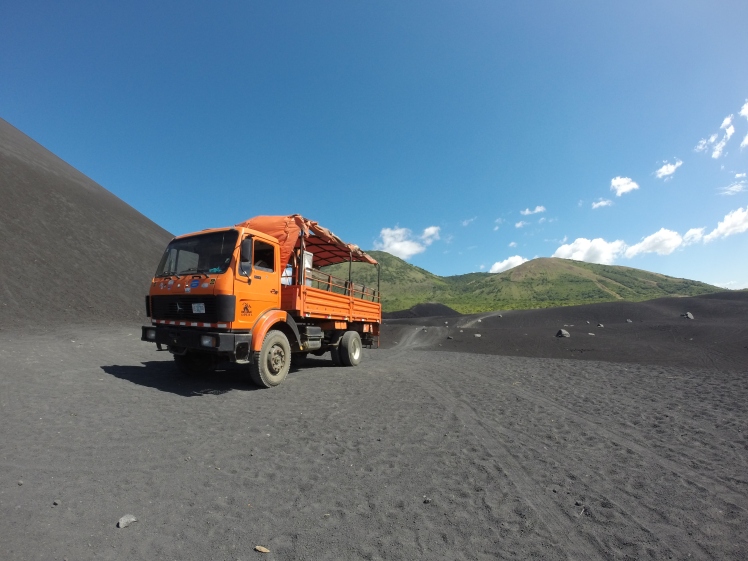 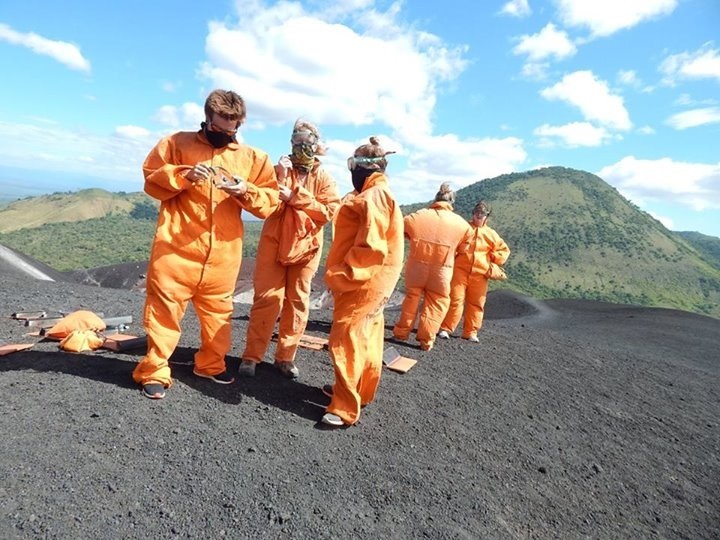 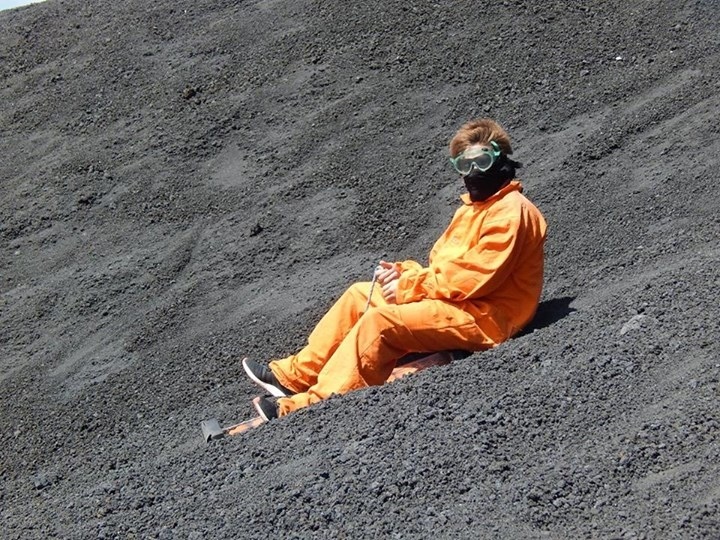 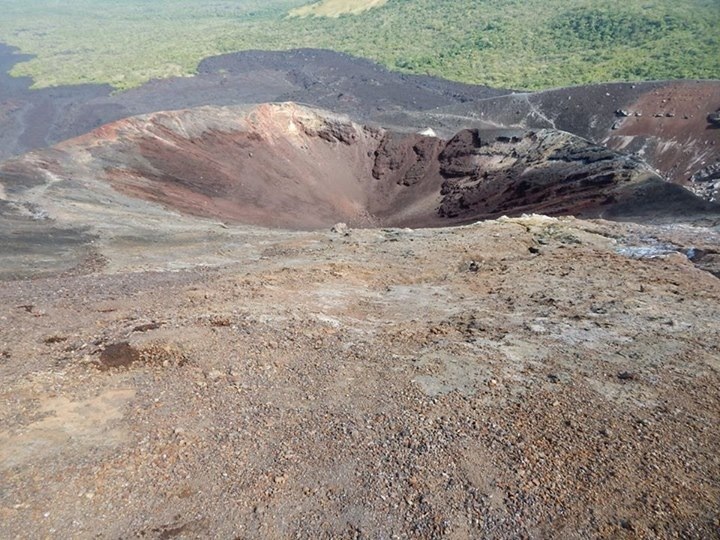 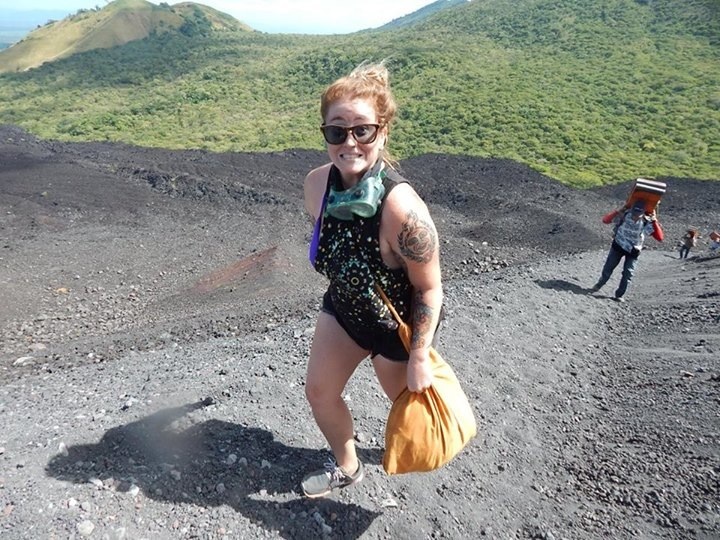 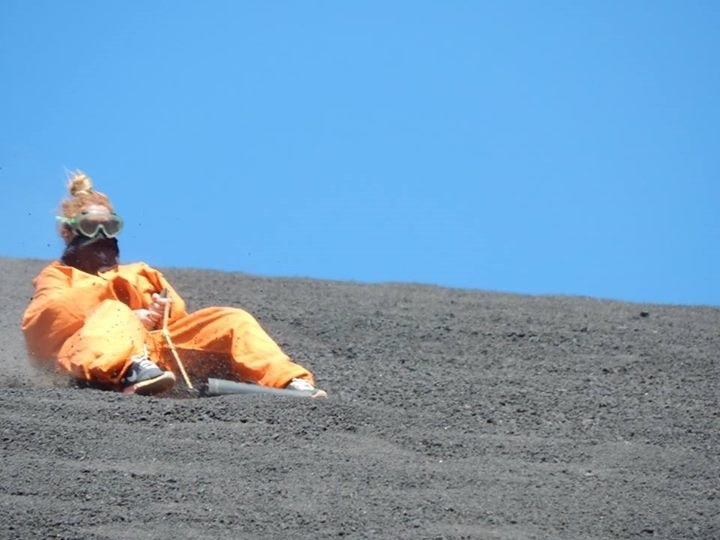 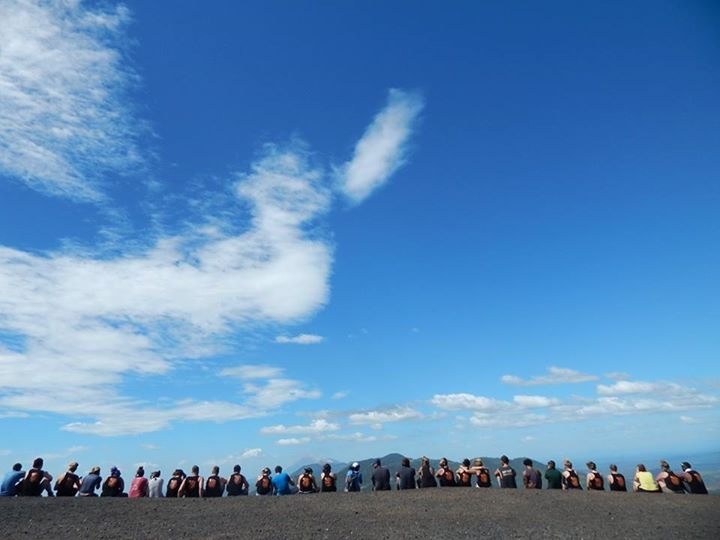 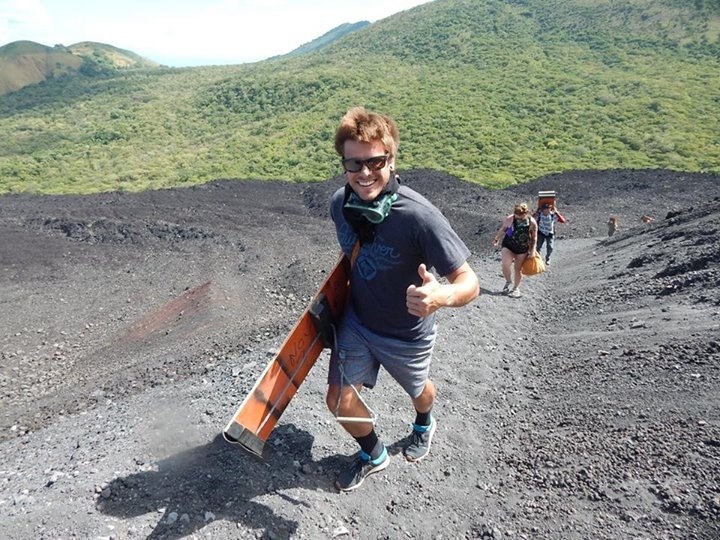 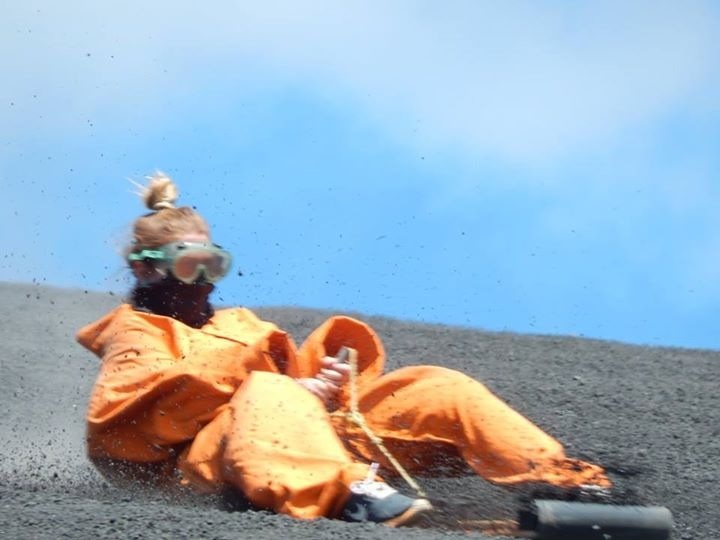 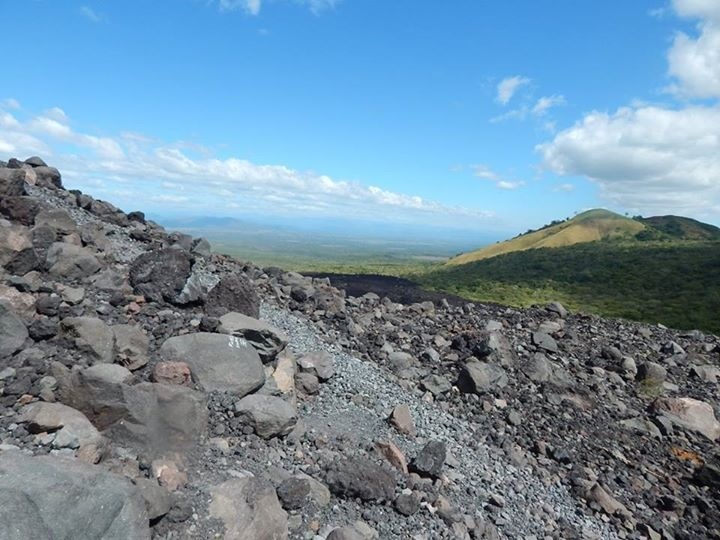 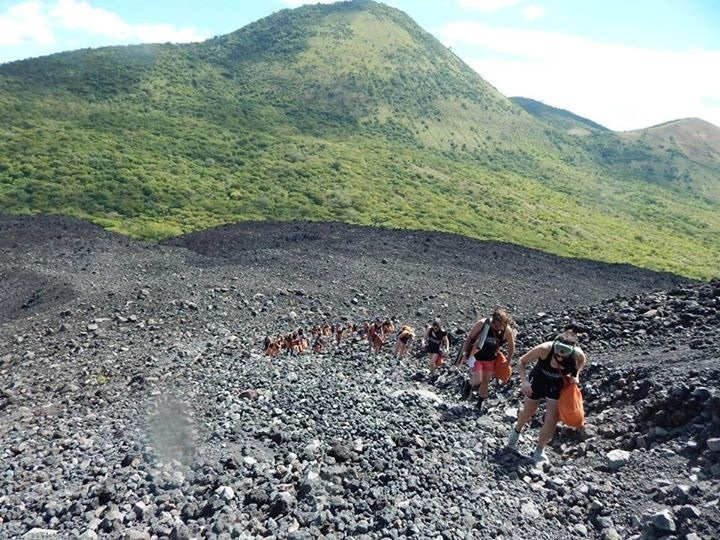 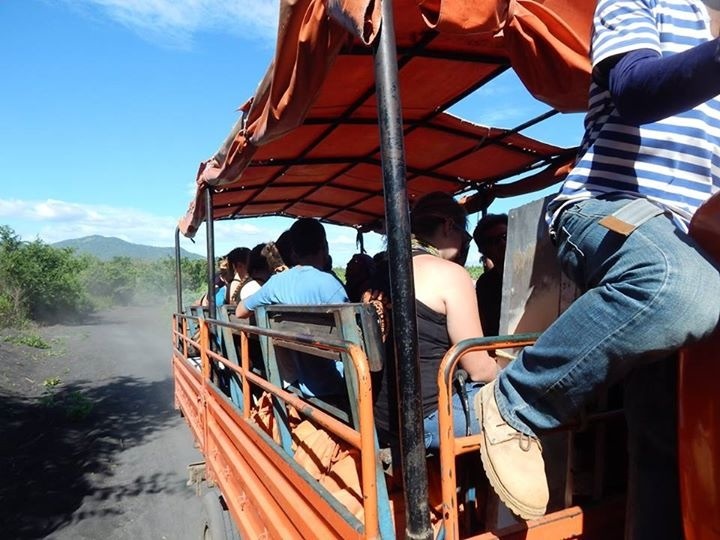 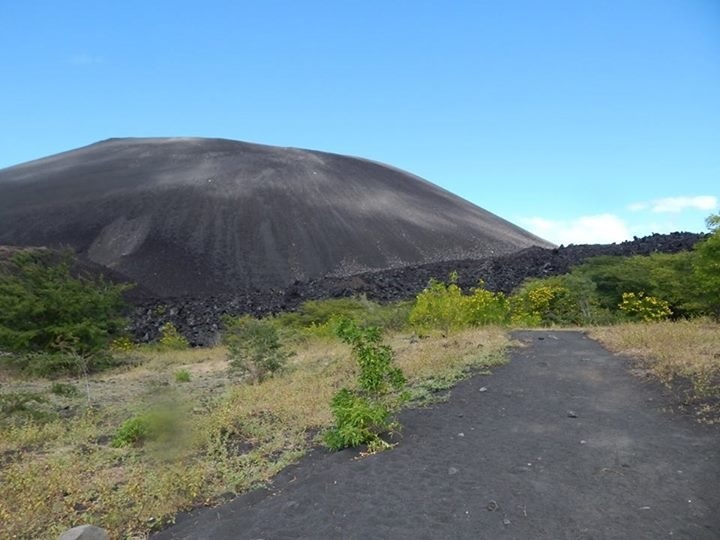 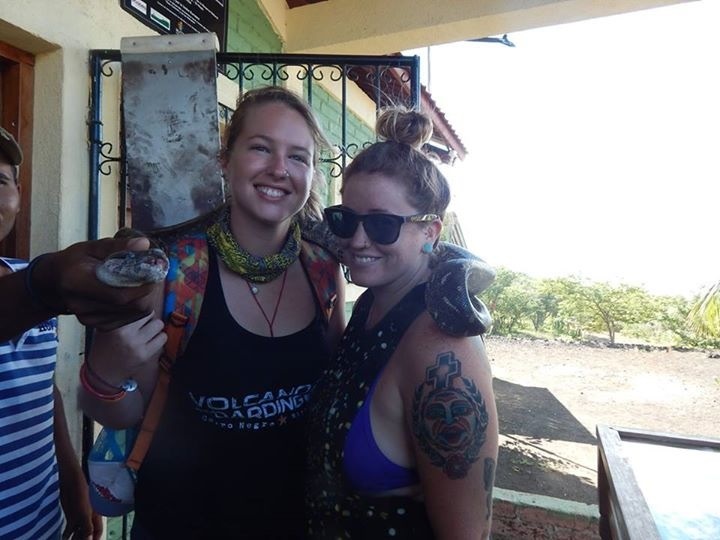 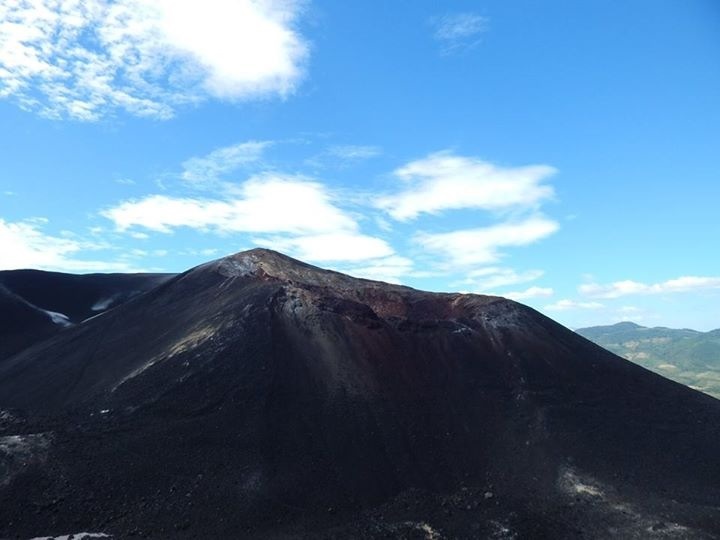 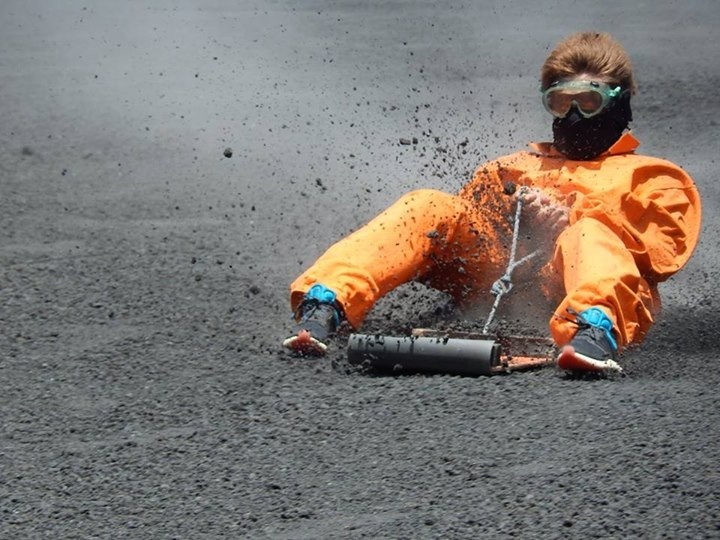 You heard right! Volcano boarding in Leon, Nicaragua has become a popular past time for both traveling gringos and locals alike. Cerro Negro or “Black Hill” is the youngest volcano in all of Central America and has erupted 23 times since it’s birth in April 1850. It rests roughly 500 meters high and is very steep. There isn’t a distinct path, only a natural path that leads to the top of the volcano. Throughout the hike you’ll absorb breathtaking views of the entire Cordillera de los Maribios mountain range.

The day we hiked Cerro Negro it happened to be very windy so we had to take extra precautions hiking near the top. If you didn’t feel like carrying your board after a 1/3 of the way up the volcano but wanted to keep your pride in tact, you could slip one of the local sherpas 140 Cordobas ($5.00 USD) to carry it for you. After listening to the briefing from our guide Saeed, it was time to suit up and chose your course. There are three paths that lead to the bottom of Cerro Negro and all are equally as scary. All you could see was the tiny orange truck waiting for you at the bottom. You could either go really fast or really slow, there wasn’t really any in between.

When my turn came around, I could feel my heart pounding against my chest as if it were going to break my ribs. I leaned back, picked my feet up and said to myself, “Welp, here goes nothing!” The last half of the volcano was the steepest and was definitely the point where you’d pick up the most speed. FAST was probably the slowest you were going to go unless you were literally inching your way down Cerro Negro. Once you arrived at the bottom, you could watch your fellow boarders cruise or tumble down the face of the volcano.

After getting our heart rates back to normal, we enjoyed sipping on cold beer and freshly made cookies. Once we arrived back at the hostel the fastest man and woman to make it down the volcano got to participate in the infamous lava shot challenge. Let’s just say I was happy to be average that day. Luckily, Justin and Jenny got to participate while I got to spectate. The lava shot challenge is a series of 4 shots with a 5 second interval between each. If you consume all of the shots without vomiting, you win a free t-shirt. Did I mention that the lava shots consist of Nicaraguan rum and extremely hot chili peppers? It’s quite hysterical watching as people’s face begin to swelter and tears begin to rush down their cheeks.

Volcano boarding with Bigfoot Hostel was definitely one of the most blood pumping and thrilling experiences I’ve ever encountered. Saeed was hilarious and very knowledgeable about Cerro Negro and I would highly recommend him as your guide during your tour. For 977 Cordobas ($30.00 USD) you too can face Cerro Negro and try to compete in the ultimate lava shot challenge.

*Photos were generously taken by Saeed from Bigfoot Hostel.